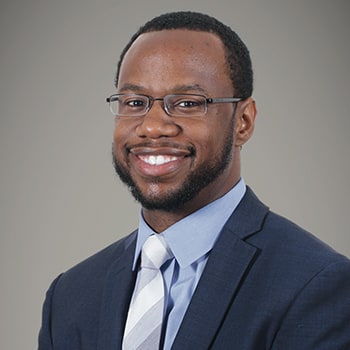 Edward Warner is an associate in the Baton Rouge office of Kean Miller. Edward joined the firm in 2013 and practices in the energy and environmental practice group. He primarily represents companies in commercial and environmental litigation matters. He also has years of experience representing clients in business transactions, including complex international matters. Edward has represented Latin American clients and is fluent in Spanish, having worked in Central and South America and taught the Spanish language at the university level.

Prior to joining the firm, Edward served as a law clerk to the Honorable Brian A. Jackson of the United States Middle District Court of Louisiana, externed for the Honorable Gerald Bruce Lee of the Eastern District of Virginia (retired), and interned for the late, Honorable Frank J. Polozola of the Middle District of Louisiana. Through his experience working for three different federal judges and his litigation practice, Edward brings extensive insight into the inner workings of federal court, including drafting motions and briefs.

Edward is also an active member of the International Business Committee for the World Trade Center of New Orleans.

He is listed in The Best Lawyers in America as a One to Watch for 2021.

In 2011, Edward co-authored a chapter on the role of multinational, regional courts in an international law textbook. While in law school, Edward was Executive Editor of the Legislation and Policy Brief and a student attorney in the International Human Rights Clinic. Edward was also elected class representative to the Student Bar Association, elected to the Washington College of Law Executive Board, and appointed the American Bar Association Washington College of Law representative.