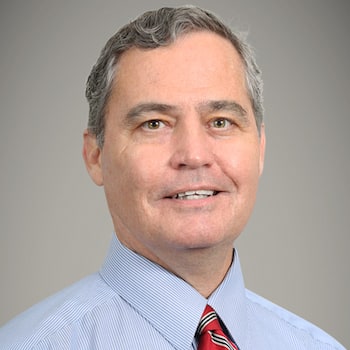 Mike McLoughlin is of counsel in the tax practice of the New Orleans office of Kean Miller. He has over 30 years of state and local tax experience, including in private practice, as in-house counsel and in state government. Mike’s significant experience in state and local tax matters includes assisting clients with state and local tax issues in many states around the country, with a primary focus on Louisiana, New York and Texas issues. He has helped clients with tax issues in a number of industries including the telecommunications, oil and gas, transportation and financial services. In addition, Mike’s experience includes playing a key role in the tax policy group of a major U.S. telecommunications company where he helped develop and implemented the company’s state tax policy. He also spent 3 years in the National Tax office of a Big 4 accounting firm in Washington, D.C. where he assisted local offices by conducting legal research and analysis and drafting advisory memoranda and tax opinions on state income/franchise tax, sales and use tax and gross receipts tax issues.

Over the years, Mike has handled numerous tax audits, provided tax planning advice, drafted and lobbied for legislation in Louisiana and other states, provided due diligence and structuring advice regarding Mergers & Acquisitions and performed multistate tax compliance. He is also in demand as a speaker on state and local tax issues and has given speeches for organizations such as the American Bar Association Tax Section, the American Legislative Exchange Council, the Council on State Taxation, the Institute for Professionals in Taxation, and the Tax Executives Institute. His articles on tax topics have appeared in many publications, including State Tax Notes, Tax Notes International, The Journal of Multistate Taxation, and The State and Local Tax Lawyer. He has also co-authored a treatise on the state and local tax treatment of pass-through entities.

Prior to joining Kean Miller, Mike was a Director, Mergers & Acquisitions, with KPMG in New York. Mike also worked in-house at Verizon Communications. He also has experience working in some of the largest private practice law firms in the country in the state and local tax arena.