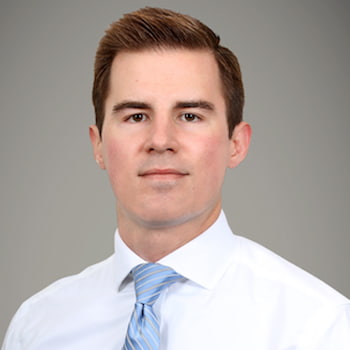 Jeff Gelpi is a senior associate in the New Orleans office of Kean Miller, where he practices in the environmental and commercial litigation groups. He routinely defends major oil and gas companies in high-stakes lawsuits with exposure in the hundreds of millions and even billions of dollars, primarily involving allegations that historical exploration and production activities caused environmental contamination. Jeff also represents clients in a variety of commercial disputes.

Prior to joining the firm, Jeff served as a law clerk to the Honorable Carl J. Barbier of the United States District Court for the Eastern District of Louisiana (2015-2016). Jeff later served as a law clerk to the Honorable Edith Brown Clement of the United States Court of Appeals for the Fifth Circuit (2019-2020). Through his federal clerkships, Jeff brings to his practice diverse litigation experience at both the trial and appellate levels as well as extensive insight into the inner workings of federal courts.

Jeff is listed as a Rising Star by Louisiana Super Lawyers for 2020 and 2023.

During law school, Jeff served as a judicial extern to the Honorable Sarah S. Vance, U.S. District Court for the Eastern District of Louisiana. Jeff also worked as a research assistant to Professor A. N. Yiannopoulos, editing his fifth and final edition of the Civil Law Property volume of the Louisiana Civil Law Treatise, and to Professor Ronald J. Scalise Jr., focusing on Louisiana civil law topics.