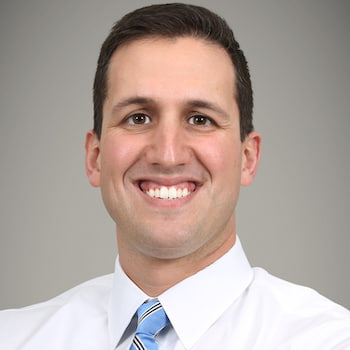 Ross Roubion is an associate in the Lafayette office of Kean Miller. He joined the firm in 2021 after having practiced for several years. Ross is a litigator in both the offshore energy and marine group and in the firm's casualty and mass tort group.

He has extensive experience in the defense of health care providers in medical malpractice, having litigated matters through trial to verdict on various occasions. Ross’s practice includes an across-the-board variety of offshore injury and maritime cases, as well as other litigation matters. Ross has specific knowledge in the handling of medical malpractice cases, offshore platform and maritime injuries, inland marine injuries, and commercial trucking and transportation defense in high-value personal injury litigation. In addition, Ross’s practice regularly incudes merchant liability defense and other premises liability.

Ross has deposed, consulted with, and presented the trial testimony of expert witnesses in all manner of fields, from petroleum geology, to neuropsychology, to cardiothoracic surgery, to economic damages and vocational rehabilitation. Ross routinely takes and defends depositions, maintains an active trial practice in both state and federal court in Louisiana, has presented oral argument in the Louisiana appellate courts, and has enrolled pro hac vice in Texas in other personal injury litigation.

Born in New Orleans and raised in Destrehan, Louisiana, Ross worked as a plumbing and mechanical apprentice servicing refineries and industrial facilities along the Mississippi River between Baton Rouge and New Orleans before and during his undergraduate and law school education. At LSU as an undergraduate, he was a four-year letterman on the Men’s Track and Field Team and an NCAA regional qualifier in the hammer throw. Ross then graduated in 2014 from Louisiana State University's Paul M. Hebert Law Center, where he received the River Parishes Claimant’s Memorial Scholarship, was awarded “Best Oralist” for his performance at a competition held at the U.S. Eastern District of Louisiana, and served on the Editorial Board of the LSU Journal of Energy Law & Resources, a role in which he edited and advised in the publication of two editions of the Journal.

In the first years of his legal career, Ross received a distinguished pro bono service award from the Lafayette Bar Association and the Louisiana State Bar Association’s Pro Bono Century Award in recognition of his work to protect survivors of alleged domestic abuse in the Acadiana region.

In 2022, Ross's peers in the defense bar elected him to a three-year term on the Board of the Louisiana Association of Defense Counsel (LADC), an organization of over 1,400 Louisiana lawyers engaged in the defense of civil litigation.

Ross earned his B.A. from Louisiana State University in 2010. He earned his J.D. from the LSU Paul M. Hebert Law Center in 2014.