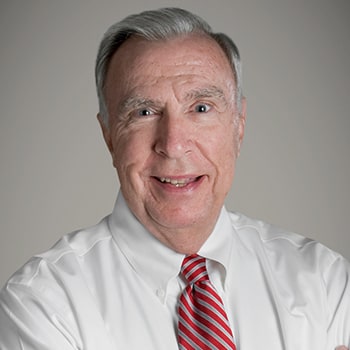 Bill D'Armond is of counsel to the Baton Rouge office of Kean Miller. He is a founding member of the firm and has more than 40 years of legal experience. Bill represents management clients in a wide variety of labor law issues in diverse industries such as manufacturing, petrochemical, construction/maintenance, health care, and banking.

In addition to counseling clients on compliance with state and federal labor and employment laws, Bill has actively represented employers in court, administrative and arbitration proceedings. He has experience with the major federal agencies with employment related jurisdiction, including the NLRB, EEOC, OFCCP, and OSHA. Bill's experience includes assisting employers with the negotiation of collective bargaining agreements, advice and counsel regarding labor contract interpretation and grievances, and assisting in complex arbitrations.

Bill served as an Adjunct Professor at the Louisiana State University Law Center from 1974 until 1984. He practiced with Baker & Botts in Houston for 5 years (1964 – 1969) before returning home to Baton Rouge. He has been listed for 20 years in The Best Lawyers in America (Woodward/White, Inc.), and is listed in "Chambers USA-America's Leading Business Lawyers.", Super Lawyers, Louisiana Super Lawyers, Marquis Who's Who in America Law, Who's Who Legal USA. Bill is AV-rated by Martindale-Hubbell.